Asian credit markets continue to gain appeal among global investors with a significant majority (84.7 per cent) of investors planning to increase their exposure over the coming year, an increase of 3.3 per cent from previous round and 9.8 per cent since 2016.

Investors have also consistently expressed their intention to increase exposures to three big markets: China, India and Indonesia. China is the dominant force in Asian G3 bond markets and again unsurprisingly, attracts the most respondents (48.9 per cent) who are planning to increase their exposure. India records the highest uptick (4.8 per cent) from the previous round among Asia Pacific markets. Indonesia, meanwhile, has recorded a 5.3 per cent point rise since the survey launched. 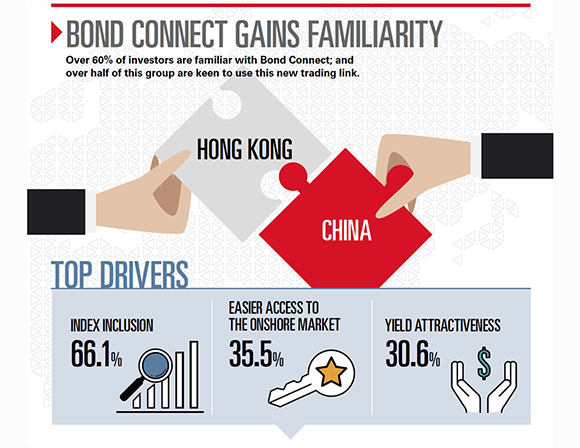 The launch of Bond Connect on 3 July 2017 was a landmark event for international investors with an interest in Chinese debt. 60.2 per cent of investors reported that they are familiar with Bond Connect, and more than half (58.5 per cent) of this group intend to use the programme in the next 12 months.

This is mainly driven by requirements of global asset allocation to include Chinese debt (cited by 66.1 per cent of investors who are planning to use Bond Connect), more favourable terms to access the onshore market (35.5 per cent) and attractive yields available onshore (30.6 per cent).

On the other hand, the primary reasons respondents gave for not using Bond Connect are limited cross-border remittance of funds (60.5 per cent), doubts about the local credit rating system (35.1 per cent) and lack of information transparency (28.9 per cent). 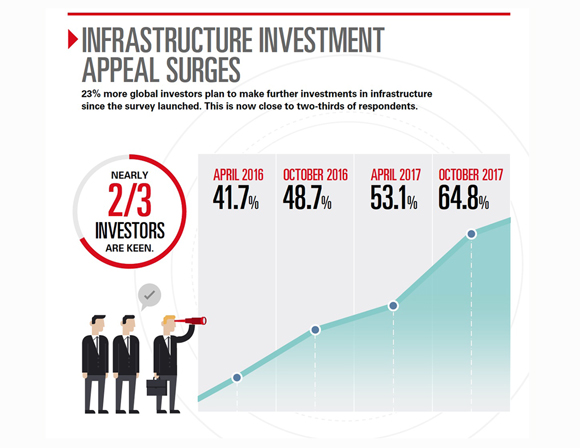 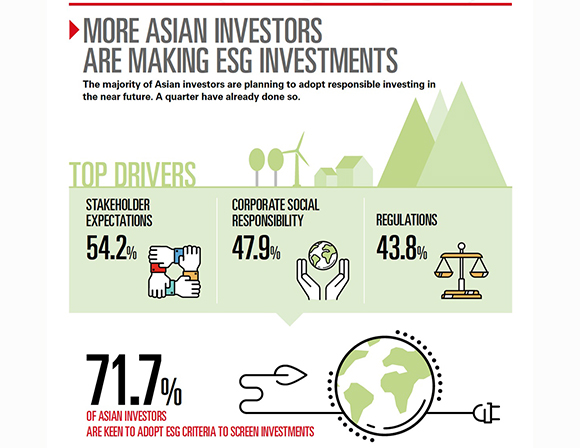 Asian fixed income investors are increasingly turning to responsible investing by using Environmental, Social and Governance (ESG) criteria to screen investments. More than one in four (25.3 per cent) investors already do so, with stakeholder expectations, corporate social responsibility and regulations cited as the top three drivers of their responsible investment.

These latest survey findings reveal that global investors share a more positive outlook for emerging markets in Asia, underscoring opportunities that can be uncovered in these markets.

To learn more, view the full infographic and read the report written by FinanceAsia to learn more.

Results of the previous survey are available in the following links:

About the Asian Bond Investor Survey

Launched in 2016, this is a bi-annual survey commissioned by East & Partners, published by FinanceAsia and in association with HSBC and S&P Global Ratings. 176 fixed income investors from Asia (56 per cent), Australia (4 per cent), UK and Europe (18 per cent) and USA (22 per cent) participated in round four from 17 July to 21 August 2017. Over 80 per cent of the interviewees were Head of Fixed Income, CIO Fixed Income and Head of Credit. The institutions were comprised of asset managers, banks and insurers; managing an average Fixed Income AUM of USD4.22 billion.

View Next
The Asian crisis, 20 years on
The region is more resilient to shocks – but risks remain
In Brief
Join the conversation?