Decarbonising the City: Move panellists and audience polls after the conclusion

This important topic was also the subject of a plenary panel discussion at HSBC’s Cities of the Future 2019 event. The panel was chaired by Philippe Henry, Head of Global Banking, EMEA, Global Banking and Markets. The panellists were:

Cities are currently home to approximately 50 per cent of the world's population and this proportion is expected to increase. Cities also account for ~80 per cent of global GDP, with their network effect underpinning education, job creation, commerce, industry, financial services, infrastructure and technology, as well as cultural expansion.

However, cities contribute ~70 per cent of the world's greenhouse gas emissions, a proportion that will increase as urban populations also continue to grow. Therefore, the decarbonisation of cities is a key factor in the move to a low carbon economy and tackling climate change. This in turn depends upon how fast the transition is from proofs of concept to concrete decarbonisation projects that may actually have a significant effect on the carbon footprint of cities.

Subsidies are available to help consumers improve their homes to address this issue, but many of them are not well publicised, so take up is low... Since energy consumption at the household level accounts for more than a third of CO2 emissions, this is an important issue.

The first area of discussion the panellists covered was the progress being made in the decarbonisation of cities. A common theme in several of their responses was that political motivation and political pressure from citizens was integral to maximising progress. This was driving the implementation of large scale solutions around mobility, construction, housing but also smart solutions for air quality monitoring. Therefore, while it was easy to perceive the solution as technological, it was in fact very much institutional and political.

This was evident from the shift in city administrations' criteria in selecting private sector business partners. "We operate in 12 cities around the globe ranging across the US, Australia, Asia and Europe," said Tom Mackellar of Lendlease. "Across those cities, most of the new business we are securing is ~70 per cent attributable to our sustainability social credentials. Economics, which was once the predominant motivation, now probably only accounts for ~30 per cent of the selection process in our experience."

The panel highlighted a number of areas where they felt progress was still lagging, with insufficient publicising of government sustainability funding being one example. Europe currently has ~100mn older housing units that are over-consuming energy by 6 to 9 times the consumption of new low consumption housing units. "Subsidies are available to help consumers improve their homes to address this issue, but many of them are not well publicised, so take up is low," explained Myriam Maestroni of Economie d'Energie. "Since energy consumption at the household level accounts for more than a third of CO2 emissions, this is an important issue."

A related obstacle is the disparity of financing across renewables generation and energy efficiency, which is also hindering progress. According to International Energy Agency projections, 42 per cent of decarbonisation is expected to come from energy efficiency and 38 per cent from renewables. However, while their relative importance may be approximately equal, their financing is not, with by far the bulk of financing currently going to renewables.

Another area where the panel felt progress had been limited was urban sprawl. Recent studies have highlighted that urban sprawl is expanding as a multiple of the population growth. In the worst cases, cities' footprints are expanding at seven times the rate of their population growth. This is a major problem because of the impact it has on transportation, energy consumption and carbon emissions.

The panel also gave their views on how technology and new business models could make a meaningful contribution to city decarbonisation. In this regard, some cities appear to be focusing more on users, functionality and new services, rather than new infrastructure. This represents a significant economic shift that fosters a solution that goes just beyond technological innovation.

An example of this, cited by Bruno Hervet of Groupe SUEZ, is Dijon. The city has launched a 12 year project that aggregates the design, build and operation of numerous services – such as street lighting, CCTV, traffic regulation, geolocation and municipal fleet – into a single contract run by a single consortium. "The innovation here is not new technology, as the required technology already exists," said Hervet. "The innovation is in changing the city's business model by breaking conventional service silos and working laterally.

One of the biggest challenges for prospective private sector development partners in satisfying city administrations' emphasis on sustainability is in the supply chain. The construction industry globally is not a highly profitable business, so it does not have the spare resources to invest in the innovation needed to take the embodied carbon out of the supply chain, such as in the production of concrete, steel and glass. However, this is driving innovation in the usage of alternative materials. For example, in mid 2018 Lendlease topped out the world’s tallest and largest engineered timber office building at Brisbane Showgrounds. More generally, the firm is rethinking the whole cycle of construction to make it more like a manufacturing process that removes wastage all the way through the process.

We operate in 12 cities around the globe ranging across the US, Australia, Asia and Europe.....Across those cities, most of the new business we are securing is ~70 per cent attributable to our sustainability social credentials. Economics, which was once the predominant motivation, now probably only accounts for ~30 per cent of the selection process in our experience.


There is also the practical question of how it can be made easier for banks to support green technology. The European Bank for Reconstruction and Development has been active in creating a network of ~150 local commercial banks and helping them develop their capacity to finance energy efficiency. An important part of this has been devising ways to minimise additional costs for the banks. One example of this is a technology selector that enables banks to see the most advanced energy efficiency technology for each country that is practically deployable. This qualification is a critical distinction, because the most cutting edge technology is of little use if there is no maintenance capability for it in a particular country. By using the technology selector, a bank can quickly and easily determine the financing viability of a specific technology in a specific jurisdiction.

This sort of practical cost consideration also applies from a borrower perspective. One facet of this is how best to minimise administrative costs when a project is structured around users and functionality rather than infrastructure-focused. "Under these circumstances, what kind of security package will the bank require?" asked Bruno Hervet. "How can that be achieved without incurring heavy legal costs for structuring the project? Ultimately, how can we make it easier, less costly, and less complex than structured project financing?"

The innovation here is not new technology, as the required technology already exists," ...The innovation is in changing the city's business model by breaking conventional service silos and working laterally.

The green bond market has grown rapidly in recent years. According to data from Refinitiv, green bonds raised USD86bn in H1 2019, more than four times the amount raised in H1 20151. The range of issuers is also expanding, with 43 new market entrants from 17 countries in Q1 20192, who accounted for almost 25 per cent of issuance. Impressive as these figures are, when the panel were asked to give their views on the practical impact of green finance on the decarbonisation agenda, it was remarked that green bonds still only represented a very small percentage of total bond issuance.

Josué Tanaka observed that while the EBRD was working hard to facilitate the supply side (lenders) there were practical restrictions on the demand side (borrowers). "The financial fundamentals, such as credit worthiness, still need to be present," he said. "What is the physical base of the city? What can it afford? Realistically, many mayors will have 10 times more projects than the city can afford, even with central government support."

Ultimately, somebody has to pay to cover cost recovery – an inconvenient point that tends to be forgotten when discussing the decarbonisation of cities. By contrast, the EBRD engages it directly by working with cities to help them to understand their current financial capacity and then how they can increase it so as to maximise their potential for decarbonisation projects.

Intriguingly, some organisations have a business model with a financing model that is already implicitly rather than explicitly green. "We don't actually use green financing at all, partly because investors in our product are already on board with our sustainable strategy and the superior returns it generates," said Tom Mackellar of Lendlease. "Investors in carbon neutral and green buildings achieve material outperformance, typically outperforming the market by three percentage points per annum on average over three years."

The financial fundamentals, such as credit worthiness, still need to be present,.... What is the physical base of the city? What can it afford? Realistically, many mayors will have 10 times more projects than the city can afford, even with central government support.

While this was already happening in some cases, the panel also highlighted some significant gaps – particularly in terms of driving funding to the right need and the right demographic. An example of funding the right need is redressing the financing imbalance between energy efficiency and renewables, but a vital part of achieving that lies in also funding the right demographic – a point underlined by Myriam Maestroni. "I was recently asked by a bank what sort of green project they should invest in," she remarked. "I said that if it wasn't going to invest in solar farms or windmills it should find 10,000 SMEs or households and explain to them what they needed to do to get the bank to give them energy efficiency loans." 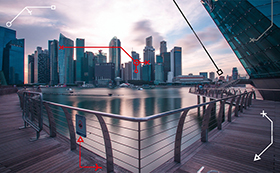 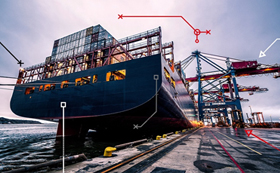