Energy: The gamble of renewables and energy efficiency

Despite facing the challenges of climate change and the rising need to manage environmental degradation, increasing urbanisation is stimulating the demand for energy. Public-private partnerships are the best tools to help discover viable, long-term solutions.

A new phenomenon is appearing: the close integration of electric networks with other networks such as telecommunications, transport, water, etc. has resulted in increased infrastructural complexity but also increased vulnerability, as demonstrated by recent examples of massive power outages in California and Brazil.

The impact of not having access to power can be felt by not only entire neighbourhoods but even that of entire cities. The interweaving of networks causes an immediate domino effect. Transport systems (subways, suburban trains, tramways, etc.) are immediately affected alongside related economic and social activity that relies on it to function. The costs can therefore be high.

Resilience should not be thought of in terms of infrastructure but in terms of systems. This is a new challenge to which those in charge of cities must contend with. Traditionally, energy is produced outside of cities and is transported and then distributed to end users (businesses, shops, private homes, authorities etc.). The binary fossil fuel production-consumption scheme is undergoing change through decentralisation and de-carbonisation.

In developed countries, the challenge for cities is not to expand their current capacity, but to improve the use of existing infrastructure. This is done by promoting the development of new business models that take into account the specific nature of urban environments and incorporate new and existing technologies.

Technology as a tool

Cities are being forced to adopt innovative solutions in the energy efficiency of buildings. According to the Ministry for the Ecological and Inclusive Transition of France, the construction industry represents 44 per cent of the energy consumed in France, far outranking the transport industry (31.3 per cent). Each year, the construction industry emits more than 123 million tonnes of CO2, making it one of the key areas to target in the fight against global warming and the energy transition (1). The storage of heat and electricity for a day, a week, or over a whole season (for example, aquifer thermal energy storage) (2).

The development of renewable energies (wind, solar etc.) and the challenges of implementation.

Since the 2015 Climate Change Conference in Paris (COP21), an increasing number of cities in the world have adopted targets in terms of developing renewable energies and energy efficiency.

Setting clear targets is a matter of trust between businesses and investors. Cities have a clear vision of their future and are creating the necessary conditions for developing private projects. “The most efficient way to tackle energy efficiency is to create city-business collaboration” says Julie Hammer-Monart, Senior Engagement Officer at CDP.

London is one of the world's best illustrations. The city has worked with several large companies (Tesco, Siemens etc.) within the context of a "climate alliance" and joint targets have been defined over several stages (2020, 2030 and 2050). Thus, a commitment has been made to construct zero-carbon buildings by 2050. “There is no single solution that applies to all cities” says Filippo Gaddo, Energy and Economics Regulation Officer at Arup.

The difference between the cities of developed countries, which already have the infrastructure in place, and those of developing countries which need to construct and create electricity networks and other urban services (water, sanitation, waste collection and treatment etc.) is particularly significant. The priorities for cities on different continents are not the same.

What is your view on the future of electric mobility?

What would the consequences be on energy demand in cities if we were to replace all current fuel cars with electric vehicles?

How do we avoid an explosion in demand for electricity?

What can cities do in this domain where, with a few rare exceptions they are not large scale players in the field of energy? 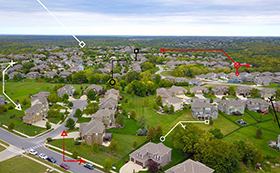 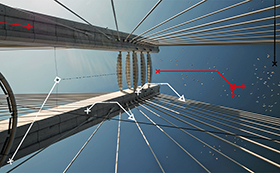