Ports - the engine of intelligent and sustainable cities

In transport and logistics, the time for sustainable development and digitalisation has arrived. In the new geography of global trade, ports play a key role as a point of entry and departure for logistics corridors. Investments by maritime companies and ports are contributing to the transformation of cities.

Cities have traditionally been key elements in international trade flows. Past history shows us that major cities (Venice, Amsterdam, Antwerp, Hamburg, London etc.) have been ports and hubs for global exchanges.  Ports, trade, logistics and finance have always been closely linked.

Today, accelerated urbanisation, which is the main engine of growth for the global economy, is contributing to the emergence of new trade corridors. Older trade routes are being reactivated and amplified, such as "Silk Roads" with the Belt and Road Initiative (BRI) and its two major corridors: one by land (rail) and the other by sea. The emergence of Africa is leading to the appearance of new trade routes within the continent, as well as within Europe and Asia.

One example is that of Chinese cities and, in particular, Yiwu – a departure point for the rail corridor to central Asia and Western Europe within the framework of the BRI. The geographical position of Kazakhstan makes it an ideal hub in central Asia. In Africa, new hub-ports (Lomé, Cotonou etc.) are being inserted into logistics corridors at a time when this continent is engaging in a process of commercial integration.

Ports are the essential components of these corridors: But they are also powerful players in the transformation of cities. Maritime companies have committed to a process of de-carbonisation of their fleets with the introduction on 1st January 2020, of the standard for the maximum level of sulphur in fuel oil used on board ships (0.5 per cent mass by mass, m/m, compared to 3.5 per cent currently). Another solution is the use of liquefied natural gas (LNG) as a single fuel or together with fuel-oil. Several maritime companies have placed orders for LNG-propelled ships while ports are developing the electricity infrastructure for shore-side power. Maritime transport is thereby contributing to the fight against pollution in cities.
In ports, the time for "Smart Ports" is here, which combines sustainable development and digitalisation innovatively. “Most of our cranes already use electricity” says Dirk Van den Bosch, Regional Commercial Director at DP World Europe and Russia.

Supplying shore-side power helps to reduce pollution during port calls. Experiments have also taken place concerning the use of hydrogen as fuel. The increased use of electricity by operators of port terminals (terminal equipment, automotive etc.) and several ports have developed renewable-energy production projects.

The digitalisation of port operations is certainly one of the most promising aspects. The automation of port terminals, already effective for containers in Qingdao (China) and Rotterdam, is helping to increase productivity while ensuring continuous operation, day and night, with container-identification systems that facilitate their storage. “The digitization strategy of the Port of Rotterdam Authority (HBR) is a multi-year project using various technologies and services from IBM, Cisco and Axians. The aim is for ships to be able to enter and leave the port autonomously in 2030” says Jérôme Salaün, Brand Deputy Director at Axians.

Another important issue is digitalising the entire supply chain, which is helping to optimise logistics. “We met with carriers and asked: what can we do and what can we learn from the industries that are much further in the digitalization than we are, such as banking, telco, travel, etc.? We are trying to make the digital building blocks for the future that will enable companies to innovate in our industry” says Thomas Bagge, CEO of the Digital Container Shipping Association (DSCA) and Maersk Digitalization Adviser.

Ports and maritime companies no longer think in terms of loading or unloading cargo but of developing logistic corridors. The objective is to promote pre- and post-carriage at ports by investing in transport systems and logistics centres. Cities offer spaces that can accommodate “dry ports”, which are centres for freight-flow concentration and supply-chain optimisation. These are the arrival and departure points for these corridors.

The major maritime companies are investing in onshore logistics: CMA CGM bought CEVA Logistics in 2019 and MSC did the same with the historic rail-freight operator in Portugal, CP Cargo, in 2015, renamed Medway and which now operates in Spain and Portugal. APM Terminals is present in rail transport. By developing rail transport, these players are contributing to the fight against climate change.

Airports are also vital hubs for international trade and the adjoining logistics zones accommodate couriers and integrators. The expansion of e-commerce is stimulating traffic, national and international, as well as the development of logistics platforms. The coexistence of an active port and international airport, as is the case, for example, in Barcelona, enriches the options available for shippers.

In any event, the time for "greening" and the digitalisation of these logistics chains is here, making them more efficient and sustainable. In return, these investments are contributing to the transformation of cities and the development of smart cities. 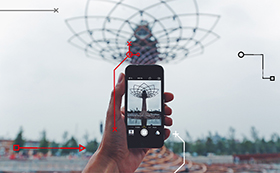 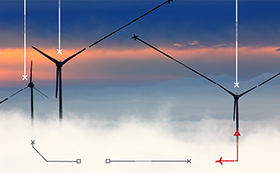