Well-timed ambition is propelling another surge of innovation across MENAT’s financial markets. Stakeholders are pro-actively adapting to rapidly changing dynamics.

Intensifying market competitiveness in global emerging markets means that stakeholders must consider the supply and demand equation of a product more than ever. Essentially, those seeking to advance financial markets must ask: how can this create an impactful yet sustainable win-win solution, both in terms of liquidity nationally and enhanced credibility internationally? It is not an easy question to answer, but MENAT is trying harder than ever – and it is paying off.

Saudi Arabia, the region’s biggest economy, has seen a significant uptick in active institutional interest, including greater foreign ownership, in large part due to its inclusion in the maintstream emerging market indices. Looking ahead, the Kingdom is keen to further enhance its capital market infrastructure with the establishment of a CCP which aims to improve the clearing and settlement process and also enables the roll out of products such as derivatives. Other changes are also being made to its trading ecosystem to bolster market fluidity, including the development of a system to allow cross-listings of securities and creating an operational framework to allow the settlement and fungibility of traded assets. The recent opening of the market to the International Central Securities Depositary (ICSD) structure also opens up a convenient channel for foreign investors to access listed Saudi debt. The exchange traded fund (ETF) market is also increasingly active in the Kingdom – and indeed, the broader MENAT – with the country enabling them to be listed as closed and traded funds.

Meanwhile, the UAE, long renowned for its financial proactivity, has recently attracted strong interest for a Shari'ah combined ETF listing – highlighting investors’ appetite in product diversity. Qatar’s Islamic index has produced strong results and the country has now committed to short selling. This marks Qatar’s first iteration of covered selling or short selling; a regulatory breakthrough. Qatar also plans to introduce a derivatives markets in advance of the World Cup in late 2022, plus plans for central counterparty clearing (CCP) house are in sight.

As part of this broader push to excel, digital tools and assets like cryptocurrency being introduced in certain countries. The associated benefits of greater efficiency, transparency and accountability are all cornerstones of bolstering market confidence – and in turn, strengthening the spirit of innovation.

Ever-enhancing financial innovations and maturity across MENAT is critical to remaining relevant as the region faces steep competition from other emerging markets.

But this need not be a negative; instead, it should be viewed as an opportunity. As the world’s economy aims to “build back better” from the impact of the pandemic, MENAT can continue accelerating its financial maturity and creativity to stand shoulder to shoulder – or indeed higher – with its emerging market counterparts. In this vein, it would be beneficial if more countries in MENAT opted to establish CCP houses in order to facilitate greater use of derivatives. Doing so would also remove many existing obstacles when it comes to account structures and transferring shares, for example. There is ample room for MENAT’s financial architecture to continue flourishing, as many of the fundamental drivers are already well in place – including, most importantly, the market’s desire.

The speed and fluidity of transactions has notably accelerated. This is also true for the financial sophistication of major regional players. 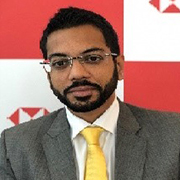 View Next
Building a Sustainable Banking System
In Depth
Join the conversation?