Asia proved surprisingly resilient in the Year of the Tiger as most economies managed to eke out respectable rates of growth. The Year of the Rabbit, however, is set to begin on a softer note, as the lagged impact of surging living costs, soaring interest rates and wobbly demand in China finally punches through.

Quickly, however, firmer ground will come in sight: by mid-year, if not before, a swift rebound in mainland China, led by pent-up consumer demand and a stabilising housing market, should provide a lift throughout the region.

By then, central banks elsewhere will also have ended their tightening cycles, with some even looking to cut rates again to cushion growth. Another year, then, beckons when the region’s resilience is once more on display. The ‘Rabbit’, perhaps, may not speed ahead as quickly as one would like, but it’ll make steady, dogged progress nonetheless.

Full Impact, not yet

In mainland China, the relaxation of COVID-19 control measures should support a strong recovery in consumer spending, especially services. But experience from other places suggests that the process can be bumpy, with a pull-back during any infection spike preceding the eventual bounce. Housing support measures, too, may take time to filter through.

As a result, growth may be highly volatile, with a sharp contraction followed by a surge. On average, mainland China’s economy should thus still deliver decent growth of 5% for 2023, which would also provide a boost to Hong Kong, not least with the arrival of more visitors. For Taiwan, however, the main challenge will continue to be a lacklustre global electronics cycle.

Japan, meanwhile, is also likely to see growth slide, despite additional fiscal support to offset the impact of higher living costs and weakening global trade. Korea, too, faces external challenges, while higher interest rates are curbing local demand. The Bank of Korea may thus be among the first central banks in Asia to cut interest rates in 2023.

In this, the Bok may be joined by New Zealand’s central bank, as the downturn in the Kiwi housing market is taking its toll on growth and employment. Australia, meanwhile, is facing stiffer headwinds as well as the re-opening bounce fizzles, though the labour market remains robust.

Growth is also expected to cool in India, where consumer spending has already started to pull back and monetary tightening is starting to exert its intended effect. Falling global energy prices, though, provide welcome relief, even if price pressures will prove sticky. Sri Lanka should see signs of further stabilisation, especially with an IMF program in place, though GDP may again contract for the full year. Bangladesh is weathering its acute challenges, and should see the benefits of normalising commodity prices flow through to the economy in 2023.

ASEAN’s resilience is expected to shine again over the coming year – though with growth expected to slow. Indonesia may see less support from once sky-high commodity prices, even if demand remains robust enough to support investment and public revenues. Thailand’s economy is likely to be among the few to see growth accelerate thanks to reviving tourism. Singapore, despite its robust services sector, won’t be able to fully escape the vagaries of the global trade cycle. The Philippines, meanwhile, should see domestic demand cool as the lagged impact of higher interest rates and surging inflation unfolds. Vietnam, too, won’t be able to shield itself entirely from slowing world trade, but it is likely to once again top the growth league in ASEAN.

Would you like to find out more? Click here* to read the full report (you must be a subscriber to HSBC Global Research).

To find out more about HSBC Global Research or to become a subscriber get in touch at askresearch@hsbc.com.

* Please note that by clicking on this link you are leaving the HSBC Global Banking and Markets website, therefore please be aware that the external site policies will differ from our website terms and conditions and privacy policy. The next site will open in a new browser window or tab.

The following analyst(s), who is(are) primarily responsible for this document, certifies(y) that the opinion(s), views or forecasts expressed herein accurately reflect their personal view(s) and that no part of their compensation was, is or will be directly or indirectly related to the specific recommendation(s) or views contained in this research report: Frederic Neumann

This document has been issued by the Research Department of HSBC.

Analysts, economists, and strategists are paid in part by reference to the profitability of HSBC which includes investment banking, sales & trading, and principal trading revenues.

Whether, or in what time frame, an update of this analysis will be published is not determined in advance.

For disclosures in respect of any company mentioned in this report, please see the most recently published report on that company available at www.hsbcnet.com/research.

This document has been issued by The Hongkong and Shanghai Banking Corporation Limited, which has based this document on information obtained from sources it believes to be reliable but which it has not independently verified. Neither The Hongkong and Shanghai Banking Corporation Limited nor any member of its group companies (“HSBC”) make any guarantee, representation or warranty nor accept any responsibility or liability as to the accuracy or completeness of this document and is not responsible for errors of transmission of factual or analytical data, nor is HSBC liable for damages arising out of any person’s reliance on this information. The information and opinions contained within the report are based upon publicly available information at the time of publication, represent the present judgment of HSBC and are subject to change without notice.

This document is not and should not be construed as an offer to sell or solicitation of an offer to purchase or subscribe for any investment or other investment products mentioned in it and/or to participate in any trading strategy. It does not constitute a prospectus or other offering document. Information in this document is general and should not be construed as personal advice, given it has been prepared without taking account of the objectives, financial situation or needs of any particular investor. Accordingly, investors should, before acting on it, consider the appropriateness of the information, having regard to their objectives, financial situation and needs. If necessary, seek professional investment and tax advice.

The decision and responsibility on whether or not to purchase, subscribe or sell (as applicable) must be taken by the investor. In no event will any member of the HSBC group be liable to the recipient for any direct or indirect or any other damages of any kind arising from or in connection with reliance on any information and materials herein.

Past performance is not necessarily a guide to future performance. The value of any investment or income may go down as well as up and you may not get back the full amount invested. Where an investment is denominated in a currency other than the local currency of the recipient of the research report, changes in the exchange rates may have an adverse effect on the value, price or income of that investment. In case of investments for which there is no recognised market it may be difficult for investors to sell their investments or to obtain reliable information about its value or the extent of the risk to which it is exposed. Some of the statements contained in this document may be considered forward looking statements which provide current expectations or forecasts of future events. Such forward looking statements are not guarantees of future performance or events and involve risks and uncertainties. Actual results may differ materially from those described in such forward-looking statements as a result of various factors.

This document is for information purposes only and may not be redistributed or passed on, directly or indirectly, to any other person, in whole or in part, for any purpose. The distribution of this document in other jurisdictions may be restricted by law, and persons into whose possession this document comes should inform themselves about, and observe, any such restrictions. By accepting this report, you agree to be bound by the foregoing instructions. If this report is received by a customer of an affiliate of HSBC, its provision to the recipient is subject to the terms of business in place between the recipient and such affiliate. The document is intended to be distributed in its entirety. Unless governing law permits otherwise, you must contact a HSBC Group member in your home jurisdiction if you wish to use HSBC Group services in effecting a transaction in any investment mentioned in this document.

From time to time research analysts conduct site visits of covered issuers. HSBC policies prohibit research analysts from accepting payment or reimbursement for travel expenses from the issuer for such visits.

The Hongkong and Shanghai Banking Corporation Limited is regulated by the Hong Kong Monetary Authority.

© Copyright 2022, The Hongkong and Shanghai Banking Corporation Limited, ALL RIGHTS RESERVED. No part of this publication may be reproduced, stored in a retrieval system, or transmitted, on any form or by any means, electronic, mechanical, photocopying, recording, or otherwise, without the prior written permission of insert issuing entity name. MCI (P) 037/01/2022, MCI (P) 027/10/2022 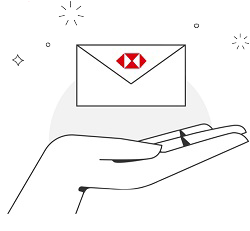